Charming French comedy about a disgruntled caterer working his last wedding event. Max is just trying to get through the night, but has to deal with a cast of offbeat characters and a girlfriend who is flirting with a young server.

Showcasing the best in stand up comedy with two TV headliners, an award-winning MC and two handpicked support acts for just £10

This month we are joined by…

Chris McCausland is a British stand-up comedian and actor from Liverpool.

Chris is blind, has been performing stand-up since 2003, and has long been firmly established at the very top of the UK’s live comedy circuit. He performs all over the country, including regularly at the world famous Comedy Store in the heart of London’s West End.

“Soon to be a household name”

“Delivers joke after rapid joke, to the point where your stomach will hurt from laughing, as well as a fresh perspective on important topics”

Nelson has performed across the country, and is featured on BBC Norfolk’s New Comedy Show, as well as hosting a monthly comedy night at Gonzo’s Tea Room in Norwich. His comedy awards include winning UEA’s Got Talent 2015 (at the University of East Anglia), winning the King Gong at The Comedy Store London, and Beat the Frog. 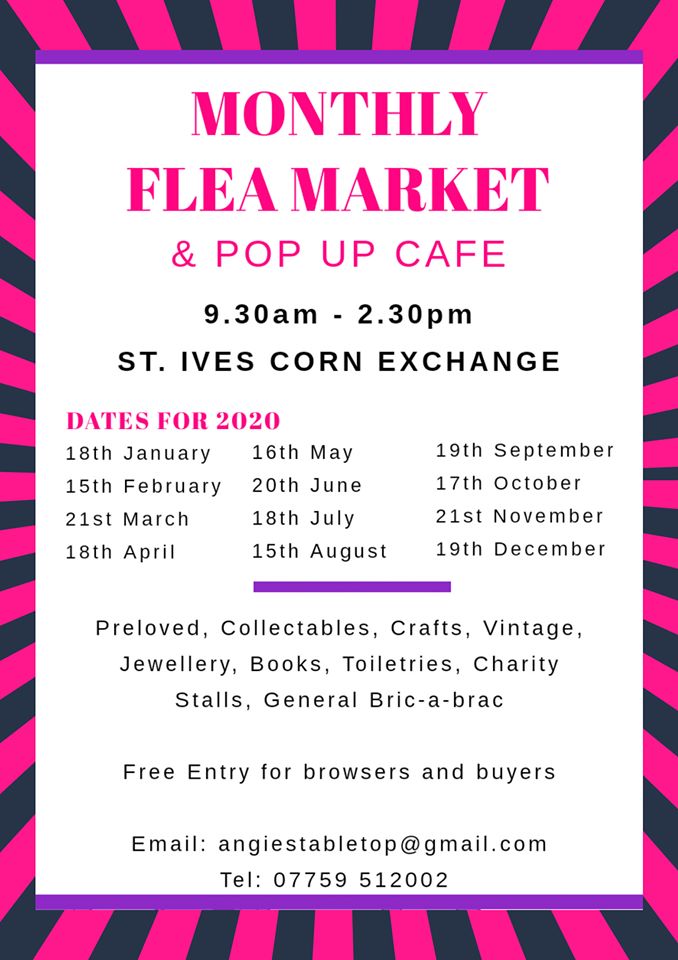 New Monthly Flea Market – Come along and find a bargain !

Up to 32 stalls of hand made crafts and gifts

Come and take a look!